Ever since I started this forex trading blog, I’ve gotten some amazing feedback from you readers. Infact, some of the  reviews of my  have been so tremendous I’ve felt my head expanding  as big as cyberspace itself. Now I don’t want to jump ahead of myself, but I’ve a feeling some of you would like to join the forex trade bandwagon. But you don’t know how. So,being the nice guy that I am, I’m going  to do a two part series on Forex Trading Basics-Top To Bottom starting with Part I. It’s my version of Forex Trading 101 where you’ll be fed the fundamentals of forex trading. I basically want to feed you the milk before you start chewing the bones of the forex trade.  You’d be   crazy to take  the plunge without the necessary tools right?

So let’s get started with:

Exchange One Currency For Another

You Need To Know How To Read A Forex Quote

If you want to make it as a forex trader,you need to know how to read a forex quote.  There is no getting around this one. If you can’t do this,you’re in trouble. Seriously though, currencies have always been quoted in pairs since time memorial. I’m sure you’re aware of famous partners such as GBP/USD AND  USD/JPY . They’re perfect examples of a forex quote. Now why’re they quoted in pairs? Because in every forex transaction, you’re doing two things at the same time – buying one currency and selling the other. Let’s take a look at British Pound/U.S.Dollar 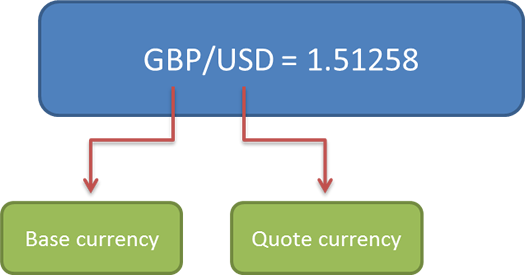 When you buy, the exchange rate lets you know how many units of the quote currency you need to pay to get one unit of the base currency. So going by the above example, you have to pay 1.51258 U.S. dollars to buy 1 British pound.

But it’s a little bit different when you sell.  Here, the exchange rate lets you know how many units of the quote currency you get for selling the base.  Again going by the GBP/USD pair, you will receive 1.51258 U.S. dollars when you sell 1 British pound.

Know How To Go Long/Short 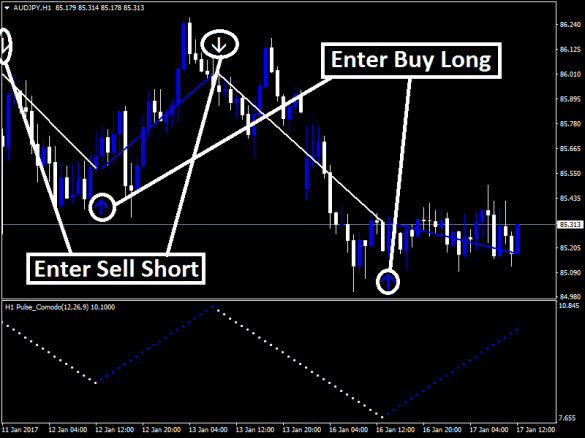 As the short entries suggest,the value of the currency has dropped enough in value. So it’s time to sell. That’s according to the bears. Since they helped drive the price down,they’re now in the driver’s seat calling the shorts.

Know How To Ask/Bid

Not only should you know how to ask/bid as a trader,but you should know the difference between these two terms. For the record,all forex quotes are quoted with two prices –  The bid and the ask. Let’s see the graphic showing both terms.

This EUR/USD graphic illustrates the bid/ask scenario.. The bid is the price at which you’re willing to buy the base currency in exchange  for the quote currency. It is the best currency at which you(the trader) will to sell to the market.

Th ask is the price at which the broker is willing to sell the base currency in exchange for  the quote currency. It is the best currency at which you(the trader) will buy from the market. The ask is also known as the offer price. After all,if you want something you ask for it.Right? Also,let’s make one thing absolutely clear: The bid price  is  usually lower than the ask  price. Try do it the other way round, and you’re sure to get a massive rejection from your MT4 software.

What Do We Mean by Pips In Forex Trade?

A pip is a popular acronym for price interest  point. Basically the pip measures the amount of change in the exchange rate for a currency pair.Most currency pairs are rounded up to four decimal places, so that one pip is 0.0001. The only exception is the yen,which is rounded up to two decimal places(0.01). So keep that in mind in case you decide to experiment.

However, forex  brokers are getting sexy these days.  They’re now offering fractional pips called pipettes to add extra precision when quoting  exchange rates for certain currency  pairs. Just so, you know a fractional pip is equivalent to 1/10 of a pip.So for instance, you can round  EUR/USD currency pair to five decimal places while the yen moves up a notch to three decimal places. Makes life more   for you  yen traders out  there . Doesn’t it?

Forex traders also use pips to make reference to gains and losses they’ve sustained in their trades. So when you hear a trader say “I made 40 pips in this trade,” he’s basically saying “ he profited by 40 pips.  However, the actual cash representation of these pips depends squarely on their value.

How Do I Determine Monetary Value Of Pip?

“How Do I Determine Monetary Value Of Pip” translates into “How Do I Calculate Profits.”Well, the monetary value of a pip is dependent on three crucial factors: the currency pair being  traded, the size of the trade, and the exchange rate. Let’s say a $300,000 trade between the USD/CAD pair closes at 1.0568. Here is how the profit is calculated.

Just to solidify your understanding of the calculation process, let me show you another example using the EUR/GBP pair and   using the same steps above.

If you want to find why the forex trade is the biggest industry on the planet refer to Why Forex Trade Is So Popular?

45 thoughts on “Forex Trading Basics – Top To Bottom Part I”